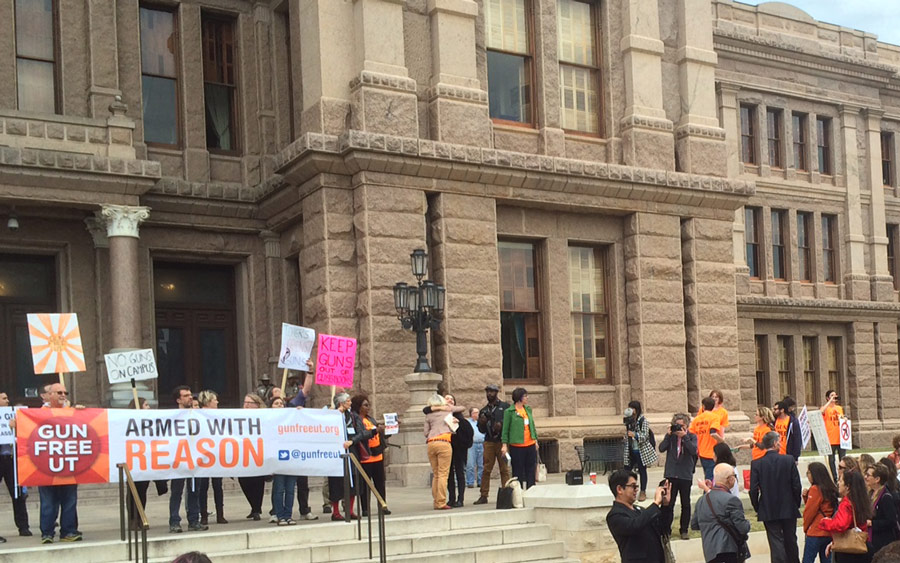 As of May 2017, ten states permit concealed campus carry, or the possession of concealed firearms on college and university campuses. Many students, faculty members, and administrators in higher education oppose these campus carry laws out of concern for the threats firearms pose to physical safety and freedom of speech.

Studies, like the 2016 Johns Hopkins report, demonstrate that schools that adopt campus carry laws have higher rates of violence than schools which prohibit firearms. Campus carry laws compromise the safety of students and faculty members, as well as neighboring communities.

In addition, many educators fear that firearms on campuses will discourage open conversation—academic or otherwise—since individuals may be afraid to speak up around peers who might be armed. This chilling effect is likely to erode freedom of speech and academic freedom on campuses and is particularly concerning given the sometimes contentious discussions that students have on campus about race, ethnicity, sexuality, gender, politics, and religion.

The MLA has a history of advocating against campus carry legislation. At the 2016 MLA convention, more than two hundred MLA members and staff members marched to protest Texas Senate Bill 11 (SB11), which allows an individual with a concealed-handgun license to carry a concealed weapon on any Texas public university campus. The MLA also joined over twenty academic organizations by signing a joint statement opposing SB11 and issued its own statement condemning campus carry legislation that calls for the repeal of the bill because of the dangers it poses.

As MLA president Diana Taylor wrote in a 2016 editorial, “SB11 forces institutions of higher education to value gun owners’ rights over their own mandate to provide a healthy learning environment.” The MLA urges advocates to lobby for the repeal of campus carry legislation where it exists and urges university and college administrators, faculty members, and students to protect freedom of speech and assembly on campus.