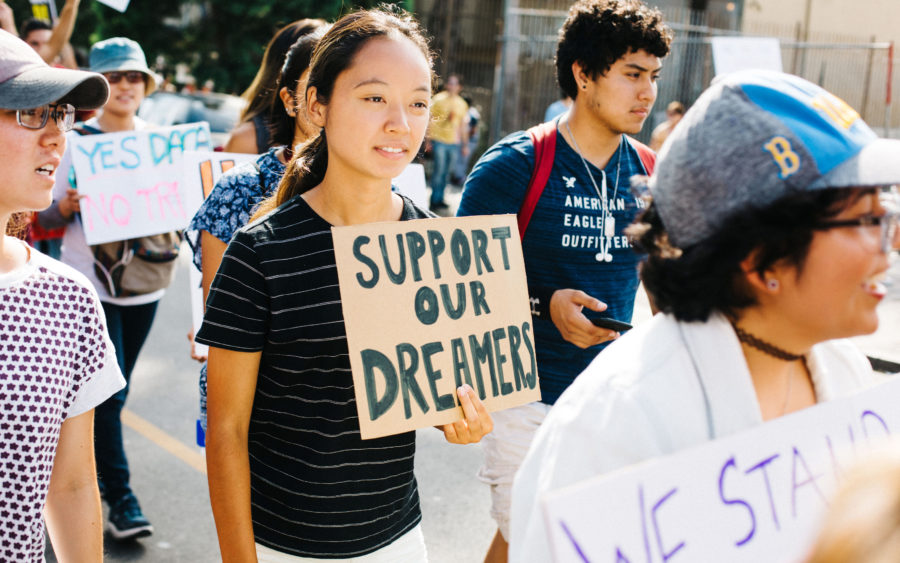 Last month President Trump put the futures of nearly 800,000 undocumented immigrants living in the United States at risk. Brought to the United States as children, beneficiaries of a program called Deferred Action for Childhood Arrivals, or DACA, have been living, working, and studying in this country without the fear of deportation. They now face the threat of forced removal to places they have never called home. Congress has until 8 March 2018 to pass legislation that will prevent this catastrophic outcome.

This decision directly affects countless members of our community, who now live in fear of a precarious future. Without action from Congress, DACA recipients will be unable to renew their work permits. This means that college students, perhaps ones on your own campus, may be forced to abandon their studies if they can’t get the jobs to fund them.

Hundreds of college presidents and administrators have spoken out in favor of the program and shared their knowledge of the many ways that DACA students have excelled in classrooms and in leadership roles. However, some states and institutions have been more forthright than others in joining this cause. Public institutions in particular have been slow to respond to the impending crisis, out of fear of losing federal funding. Despite the daunting challenges, many colleges have expressed an ongoing commitment to enabling DACA recipients to study and thrive on campus.

In keeping with the core values of humanities scholarship, the MLA encourages all members of its community to call on Congress to pass legislation that will protect current DACA beneficiaries and to extend the program to a new generation of Dreamers. As Adam Harris has written in a recent post for the Chronicle of Higher Education, there is much that college administrators can do to protect vulnerable students. Many community colleges and universities have already mobilized to advocate for their students’ rights. But it will take many voices and a broad, collective effort to ensure that this important legislation is passed.

To learn more, watch this recent discussion at Georgetown University, or review this infographic on the history, present, and potential future of DACA and its recipients. Write to Congress to urge its members to protect Dreamers, and sign this petition to encourage our elected leaders to act on behalf of our countless neighbors, colleagues, and friends whose lives stand to be radically changed.