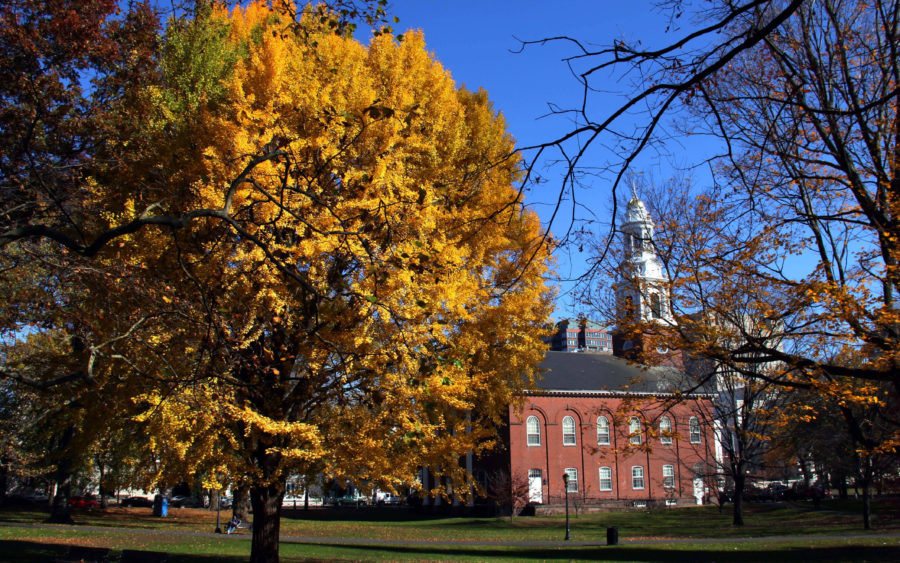 What constitutes sexual misconduct? Who decides? How should colleges and universities handle sexual harassment and assault cases on their campuses? Can university administrators fairly adjudicate these cases? Are policies and procedures on college campuses about to change . . . again?

In the last year, a spate of high-profile cases of reported sexual misconduct in the workplace and educational institutions has inspired other victims to come forward with their stories using the hashtag #MeToo. This viral media campaign has brought attention to the pervasiveness of sexual misconduct worldwide. As the cloak of silence has lifted, the issues around sexual misconduct have been brought to the forefront of public discourse and policy making. Academic institutions have faced scrutiny regarding how they create and revise sexual harassment and assault policy.

Just as colleges and universities across the country finally have more clear-cut policies and systems in place regarding sexual harassment and assault allegations on campus, based largely on guidelines outlined by President Obama, administrators and students are now contending with the recent rescinding of Obama-era federal Title IX guidelines by the Department of Education’s Betsy DeVos. From Harvard University to the University of Mississippi to Stanford University and beyond, academic institutions find themselves back at the drawing board and embroiled in controversy.

The Obama guidelines, laid out in a letter sent to colleges and universities in 2011, stipulated that administrators treat sexual misconduct cases as a violation of Title IX, the federal law that prohibits gender discrimination in schools that receive public funds. Among other guidelines—such as required time limits on settling these cases and prohibiting mediation as an alternative to a hearing in cases involving allegations of sexual assault—the 2011 letter mandated that schools use the “preponderance of evidence” standard of proof instead of the more incontrovertible “clear and convincing evidence” standard, used by many schools at the time, in adjudicating sexual assault cases. The aim of these guidelines was to make it less likely that perpetrators of assault would escape punishment and to remove barriers preventing women from bringing these cases to administrators.

Advocates for victims of sexual misconduct applauded the 2011 guidelines while critics saw them as unfairly favoring the accusers and denying due process to the accused. In her speech explaining rolling back the Obama guidelines, DeVos highlighted her assessment that more protections are needed for the accused, blaming the Obama administration’s policies for this lack of impartiality and saying, “if everything is harassment, then nothing is,” and, “the prior administration weaponized the Office for Civil Rights.” As college administrators face increased pressure to address sexual harassment and assault on their campuses, they are struggling with how to implement DeVos’s relaxing of the Title IX standards. Do they stick with the policies they have put in place over the last few years or reassess them in the light of her recommendations? If the recommendations become law, administrators might not have a choice. On many campuses, however, students are demanding their colleges maintain what they see as a long-overdue course correction in this critical area of gender equality.

Numerous colleges and universities have stated a commitment to maintaining their current policies and systems, but some have begun to change their protocol. For example, the University of Michigan will now allow certain cases of sexual assault to be settled through mediation or other methods, instead of through an investigation and hearing. The University of Michigan is also loosening the time limits on how long investigations can last. Advocates for sexual assault survivors believe these modifications will favor the accused and the institution and penalize the accusers. As Hope Brinn, a Michigan law student, stated in Inside Higher Ed, “No matter how much colleges insist otherwise, the choice to use mediation is never voluntary. Institutions have incentives to rely on nonpunitive measures to close sexual assault cases, because otherwise they are exposed to liability.” At Stanford University, Provost Persis Drell said in a written statement that, despite DeVos’s actions, “. . . the University’s policy has not changed and that the administration remains committed to fighting sexual assault.” Regarding this statement, Stanford student Stephanie Pham said, “I am actually glad that Stanford made those statements that they were not going to let the Trump administration’s announcement affect the current [Stanford] policy. However, I want to see what the University’s going to do with that statement.”

While advocates of due process and some others applaud the more lenient guidelines proposed by the Department of Education, Democratic lawmakers and survivor advocacy groups are imploring Secretary DeVos to reconsider her recent actions in order to stem the “uncertainty and chaos” these actions have created on college campuses and in Title lX enforcement offices and to take into consideration the impact they will have on victims of sexual misconduct. While the confusion and debate continue to rage on, students and the public will have to take a “wait and see” approach, as administrators look to see if these new guidelines are upheld and, if so, whether they will constitute a choice or a mandate.