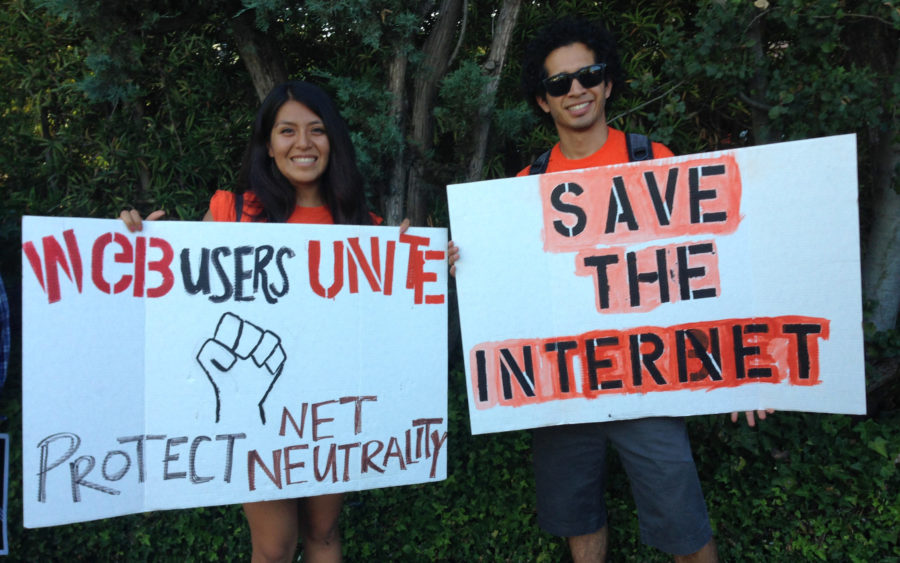 The chairman of the Federal Communications Commission (FCC) and former Verizon attorney Ajit Pai announced on Tuesday that the agency would vote to repeal net neutrality protections at its 14 December meeting. The new policy direction promises a windfall for Internet service providers, but universities and net neutrality advocates argue that rolling back regulations threatens the future of both academic research and the free press.

Under the new guidelines, communications giants like Comcast, Verizon, and AT&T would be able to charge a fee to Web site owners who want to reach users at faster speeds, leading to what April Glaser at Slate has called “preferential treatment” for companies that can afford “fast-line” service. As a recent report from Inside Higher Ed details, under this tiered system, colleges and universities “may be forced to pay fees to ensure that their online content, particularly bandwidth-guzzling video, continues to be accessible to students and the public at workable speeds.” University officials have expressed concern that this new system could affect the ability of students, particularly part-time and nonresidential students, to conduct research or access class material remotely.

In response to the commission’s proposed vote, a grassroots organization called Team Internet has scheduled a nationwide protest at Verizon store locations on 7 December. The group, which is sponsored jointly by Demand Progress, Fight for the Future, and the Free Press Action Fund, has also made it possible to take action by contacting members of Congress.

Some advocates see this effort to dismantle net neutrality protections as part of a larger effort by the FCC and the Trump administration to attack press freedoms and to facilitate the growth of corporate media groups at the expense of free and independent journalism and academic research. At its November meeting, for instance, the FCC announced a plan to do away with regulations that prevent a single company from owning a newspaper along with a television or radio station in the same broadcast area.

Three of the five members of the commission are expected to support the measure, making it likely to pass. However, there is still time for advocates to call for congressional oversight and to challenge the new rules in courts. As the FCC commissioner Jessica Rosenworcel has said, “Our Internet economy is the envy of the world because it is open to all.…This proposal tears at the foundation of that openness.”

The MLA has a long-standing comitment to net neutrality and intellectual freedom. You can take action today by finding a protest site in your area and contacting your elected officials to encourage them to protect Internet freedoms for scholars, journalists, and students.