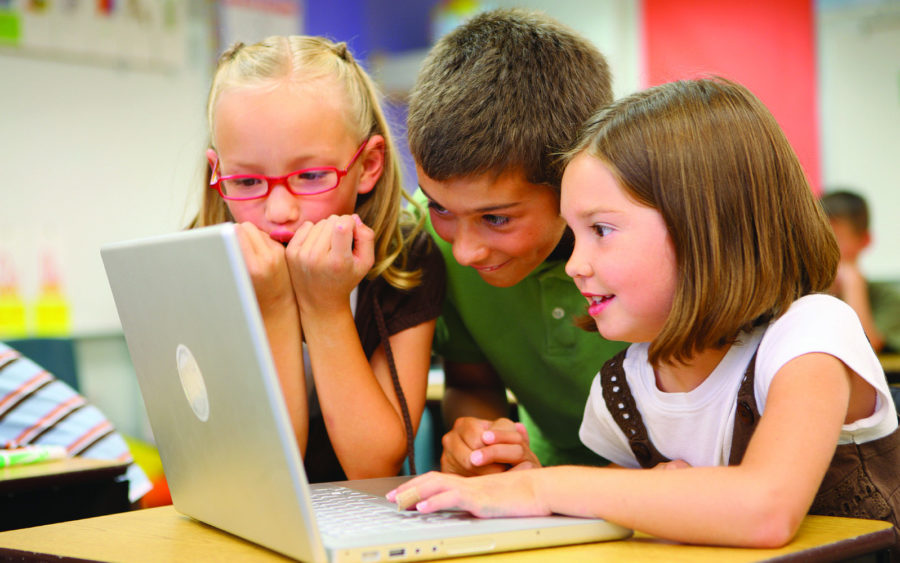 Here’s an interesting statistic: At the rate of one hour of foreign language instruction per week, it would take 425 years for children in a classroom to match the abundant exposure to words and their usage of children learning their native language at home. Why does this matter? In the ongoing debate about the best time to start teaching children a second language, advocates of early language learning argue that the younger the child the easier it will be for him or her to master a language. They point to the ease with which young children pick up their native language as proof of this theory, but language learning studies don’t support this assertion. One hour (or even a few hours) of language instruction per week doesn’t facilitate the quick acquisition of language the way learning a native language at home does. And while younger children are more enthusiastic about learning a new language, a 2006 study found that older children were consistently faster and more efficient learners of foreign languages. Another study found that older children were better able to use a range of cognitive strategies and advanced literacy skills to support faster language learning than their younger counterparts. Does this mean foreign languages should not be taught in primary school? Not necessarily.

We live in an increasingly interconnected world, where businesses, cultures, and economies cross international borders far more than in the past. The need for workers, business leaders, scientists, intelligence and foreign policy experts, military leaders, and other professionals who are proficient in languages other than English is growing. Studies have shown that job postings and ads seeking candidates who can speak multiple languages have skyrocketed.  It has become clear that American workers fluent in languages other than English not only have an individual advantage in the global marketplace but also strengthen our country’s economy and security as a whole. Nevertheless, language instruction in schools across the country has declined in recent years, creating a disconnect between what is taught in our nation’s schools and what is needed from our nation’s graduates. According to the Pew Research Center, the United States ranks far below European countries in primary and secondary school language instruction. While an average of 92% of European students study at least one foreign language in school, only 20% of K–12 students in the United States are enrolled in foreign language classes. What do these numbers mean for our competitiveness on the world stage, and what effect should they have on national education policy?

An overarching question educators are currently asking is, Should proficiency in language be the only goal of early foreign language instruction in school? If so, should language instruction begin after primary school? Increasing evidence points to additional merits of early language learning, proficiency notwithstanding, such as broader cognitive, cultural, societal, and literacy benefits. For example, a recent study showed that children in dual-language immersion classes (English and non-English) perform better than monolingual students in English language arts: “By the time dual-immersion students reached the fifth grade, they were an average of seven months ahead in English reading skills compared with their peers in non-immersion classrooms. By the 8th grade, students were a full academic year ahead. These findings support claims that learning a second language helps students tackle the nuances and complexities of their first language.” Recent research further demonstrates other skills that improve in children who learn a second language, such as enhanced problem solving, attentional control, the ability to switch tasks, and resolving conflict. Moreover, when young children are exposed to learning a second language using an immersive and interactive pedagogical style, they are motivated to continue studying languages throughout their schooling. Finally, discovering other cultures through early language learning programs promotes understanding of and tolerance for differences among people, fundamental perspectives for living in our increasingly globalized world.

While arguments in favor of early language learning are gaining acceptance, limited resources are an ongoing challenge. Most school districts have not allocated adequate funds to make language study an integral component of early childhood education, in large part because of shrinking federal and state budgets but also because of lagging understanding of the benefits of early language learning. As the number of students studying languages from primary through postsecondary school continues to decline, there will be fewer graduates becoming foreign language educators, creating shortages of the specialists needed to successfully implement these programs. Some states, like New Jersey, have made language study a priority, but it is one of only eleven states where foreign language study is required for students to graduate from high school. In other states, like Arkansas, it is estimated that fewer than 10% of students are studying world languages in school. “We’re such a long way in this country from having it be normal to grow up learning other languages,” said Marty Abbott, the executive director of the American Council on the Teaching of Foreign Languages. “Our future depends on our ability to engage with the rest of the world, and right now Americans have a very tough time doing that.”