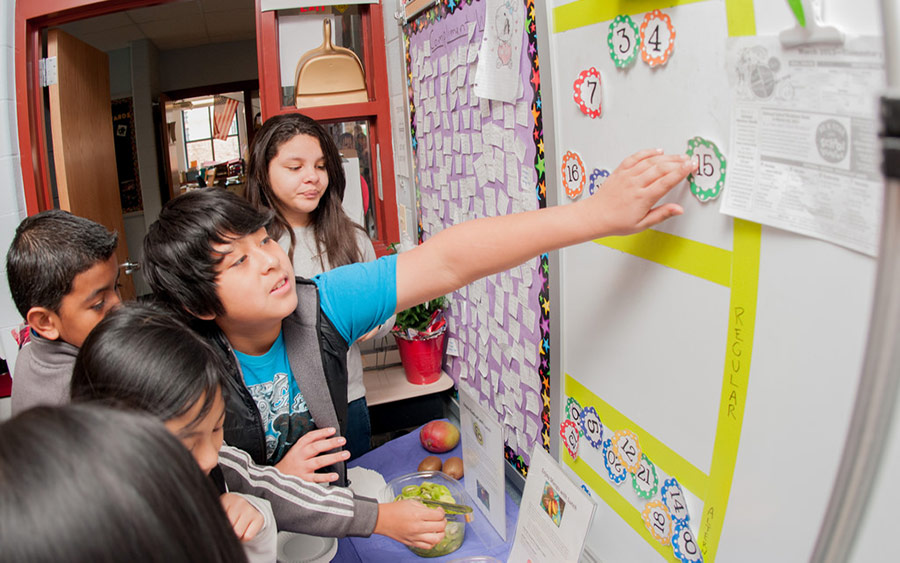 Did you know that there are almost five million students enrolled in grades K–12 nationwide whose primary language is not English? The number of these students, known as English learners (ELs), is growing rapidly, and educators must be given the tools and resources they need to ensure these students’ academic success. While ELs face numerous academic challenges, they also have the potential to positively transform our country. As Stella Flores, assistant professor of public policy and higher education at Vanderbilt University’s Peabody College, says in Research News @ Vanderbilt, “How these students, many of whom are U.S. natives, fare is of importance not just to them and their families but to the broader society in terms of their ability to translate into a productive—and multilingual—workforce.”

How can schools better address the pressing needs of this diverse community of learners? The United States Department of Education (DOE) has recently launched a new interactive Web page dedicated to data on K–12 ELs throughout the country. These data may help educators make decisions about educational supports and services for these students and address the unique challenges they face. Calling itself a “data story,” the site uses colorful maps, charts, and bar graphs to provide a clear overview of the United States’ diverse EL population. As Jose A. Viana, the assistant deputy secretary at the DOE’s Office of English Language Acquisition, affirms, “The launch of this site is a worthy investment on behalf of ELs, their families and the entire education community. It takes a lot of complex data and makes it accessible and easy to use.”

ELs are enrolled in nearly 80% of all K–12 schools across the country. And that percentage is steadily increasing. As the DOE Web site reports, “The data story shows nearly every state has at least one school district where the EL population has increased by more than 50% since the 2010 school year.”  By asking and answering some essential questions, the DOE helps educators better serve the growing number of EL students.

More than 75% of ELs in 2014–15 were Hispanic or Latino, while Asian students made up the next largest group, at 11%. The highest percentages of ELs were migrant students; the next highest were students eligible for Title 1 benefits, followed by homeless students. Also notable are the data regarding learning disabilities and ELs. Nearly 50 percent of ELs had a learning disability, compared with nearly 38 percent of students who are not ELs.

ELs attend schools across the country, but most ELs are concentrated in a relatively small percentage of districts and schools. In 2014–15, 38% of schools enrolled 91% of ELs. The highest concentration of ELs is found in the Southwest and in Alaska.

What Languages Do ELs Speak?

In 2014–15, more than three quarters of ELs spoke Spanish. However, there are a wide variety of languages—more than four hundred—spoken at home by ELs, including Arabic, Chinese, Vietnamese, and Hmong. As the DOE suggests, states with a greater variation of languages spoken at home may require additional resources for instructional supports and services for ELs.

The DOE concludes that the unique set of challenges ELs face must be addressed if these students are to reach their full potential. According to an article in nprEd, “Only 63 percent of ELs graduate from high school, compared with the overall national rate of 82 percent.” Moreover, “[o]f those who do graduate, only 1.4 percent take college entrance exams like the SAT and ACT.” These numbers alone should rattle educators and anyone concerned with the well-being and vitality of our society. The DOE Web page makes strides toward identifying the weaknesses of EL programs in the United States and opportunities for their positive evolution.