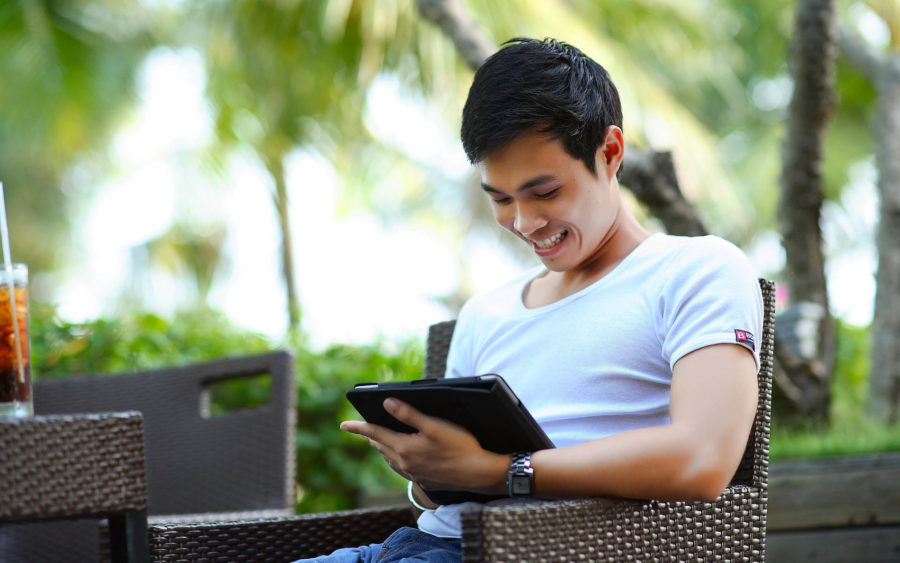 In a recently released study conducted by the American Academy of Arts and Sciences (AAAS), humanities graduates and graduates in other disciplines were surveyed about employment opportunities, salary, and job satisfaction. The results might surprise those who have taken for granted the purportedly grim career outcomes of humanities graduates and should ease the minds of students and parents wary of the employability of humanities majors. The study provides an expansive view of the outlook for humanities graduates by looking not only at the employability and financial prospects for recent bachelor’s degree recipients but also at salaries over time and job satisfaction.

The myth of the underemployed humanities graduate is dispelled by the data in the study. As reported in Inside Higher Ed, “Humanities majors . . . are employed. Only 4.3 percent of those with terminal bachelor’s degrees were unemployed in 2015, and the figure was under 3 percent for those with a bachelor’s in a humanities field and an advanced degree in any field.” This compares with 3.6 percent unemployment among graduates from all fields combined.

Also discredited by the study is the belief that salary levels for humanities graduates are substantially lower than in other fields. Humanities graduates do start out earning less than graduates in fields such as engineering or science, but the study shows that, over time and with more experience, humanities majors see a substantial increase in their earnings and that salaries across fields tend to even out to a large degree. As noted in the AAAS study, “The earnings deficit experienced by humanities majors relative to graduates in several other fields was somewhat less pronounced among older workers.” And as the broader view of the data shows, “Older humanities TBHs [Terminal Bachelor Degree Holders] also fared somewhat better than their younger counterparts when compared to TBHs in business, the behavioral and social sciences, and the health and medical sciences. . . . Humanities TBHs ages 35–54 had median earnings of $64,000 in 2015 (with one in four earning more than $100,000), which was closest to the median earnings for both the life sciences and the behavioral and social sciences ($65,000) and 7% lower than the median for all fields combined ($69,000).”

Beyond the numbers, and perhaps most compelling, is the study’s conclusion that workers with humanities degrees have a high degree of job satisfaction. The Daily Bruin points out that “about 87 percent of all workers with a bachelor’s degree in the humanities were satisfied with their jobs. The satisfaction level is similar to graduates from other fields who make more money.” And as noted in Inside Higher Ed, “When it comes to general questions from Gallup about being ‘deeply interested’ in their jobs, the vast majority of humanities grads are—slightly more than is the case for business or the social sciences, but not far behind engineering.”

In addition to general job satisfaction, there was considerable similarity between fields in graduates’ perceptions of their comfort (or discomfort) with their financial situation. While 42% of respondents in the humanities indicated they had enough money to do everything they want to do, only 45% in the natural sciences felt this way and, in the highly paid field of engineering, only 51% said they had enough money “to do everything I want to do.” As William Adams, president emeritus of Colby College, former chair of the National Endowment for the Humanities, and now senior fellow at the Andrew W. Mellon Foundation, summarizes in an essay accompanying the study, “Across all the elements of compensation—salary, benefits, job security, opportunities for advancement—levels of satisfaction among college graduates from all academic fields are remarkably similar.”

While the study confirms the prospects for a successful career for humanities graduates, it also proves to employers the value of the skills attained in humanities education. In a report covering the AAAS study, the Edvance Foundation concludes that the humanities “train American undergraduates to think. . . . Students learn to speak, write, apply quantitative methods, use technology, and work in collaborative settings. These are the skills that employers seek in recent graduates.” John Papadopoulos, a UCLA classics professor, agrees: “Humanities graduates learn skills that are valuable in the workforce, including learning to think outside the box.” He adds, “These are precisely the kinds of people that employers have the most interest in, people who have independent thought and who can pursue research and work independently.”

Photo by Jess Foami, via pixabay