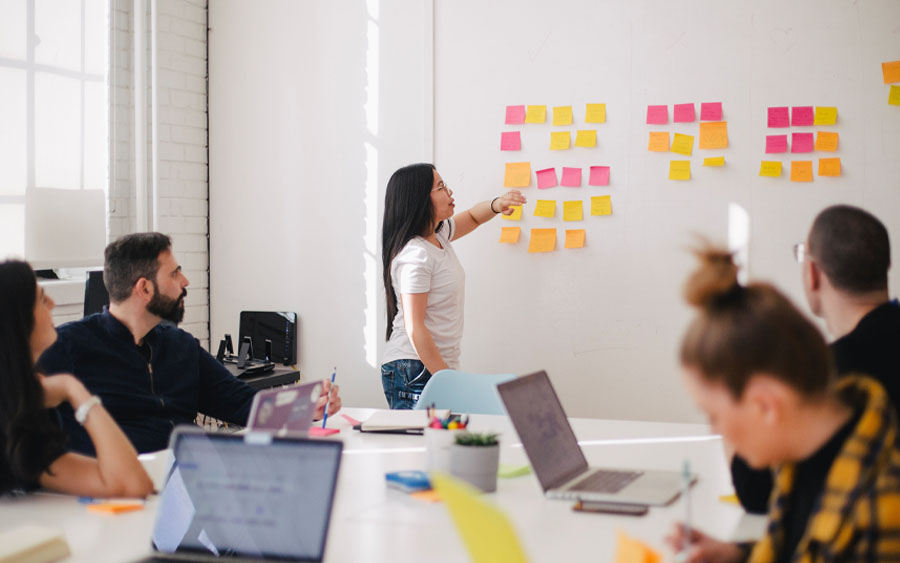 If you are looking to become a more competitive job candidate, you may want to consider learning another language. According to a recent report by the American Council on the Teaching of Foreign Languages (ACTFL), demand for workers who speak languages other than English is increasing, while there is a current shortage of multilingual employees.

The report, titled “Making Languages Our Business,” states that nine out of ten employers “rely on employees with language skills other than English,” while 56% of employers “say their foreign language demand will increase in the next five years.” This information reveals companies’ growing need for employees who speak additional languages, both for domestic and international business. Among the principal languages that employers seek are Spanish, Chinese, French, German, and Arabic. Given this demand, true bi- or multilingualism can be a compelling skill for an individual on the job market.

In addition to being more highly sought-after, those who speak other languages are more likely to earn higher salaries and greater benefits than those who only speak English, according to Language Magazine. One study found that “fluent bilinguals earned more than $5,400 annually than their monolingual peers.” Not only does multilingualism make workers stand out to employers, but it also benefits them economically, as employers often reward multilingual employees for the valuable skills they provide. Even when multilingual workers are not compensated at higher rates, they often still have more opportunities in the workplace because of their specialized skills.

Deficit of Multilingual Speakers in the Workplace

Despite the imminent need for language skills in the workplace and the personal advantages of multilingualism for employees, ACTFL states that 34% of employers who rely on multilingual speakers to conduct business report a shortage of employees with foreign language skills; the current number of employees who speak other languages well does not fulfill the language needs of many companies. This kind of gap clearly leaves companies at a disadvantage, and they lose business and opportunities as a result of not meeting the demand for multilingual skills.

In a country where approximately 10% of the population can proficiently speak a language other than English (according to the American Academy of Arts and Sciences), the growing necessity to learn other languages for economic success carries serious implications, not only for individuals but also for the companies that employ them and the institutions that educate them.

On a company level, ACTFL makes seven suggestions for employers who want to address their language deficits. The list of recommendations includes analyzing current language strengths and weaknesses within the organization, professionally testing employees’ proficiency in other languages, training otherwise talented employees who are monolingual, and establishing a “pipeline of multilingual talent” by partnering with schools and offering internships and jobs to multilingual students.

On an institutional level, some colleges and universities are offering more opportunities to prepare students for the multilingual demands of the workforce. Beginning in fall 2019, as WGME reported, students who attend public institutions in Maine will be able to earn more than six free credits if they have qualified for the Maine Seal of Biliteracy, an award that certifies a student’s proficiency in a second language. These incentives could inspire more students to study another language thoroughly.

Other schools have created new programs to prepare students to speak other languages in a professional context. For example, Georgia Tech now offers a Master of Science in Applied Languages and Intercultural Studies, which “emphasizes the real-world professional applications of language for a wide range of career paths.”

Some educators, however, worry about focusing too much on practical applications of language instead of continuing to teach the traditional literature and culture courses. As the University of Oxford found, “reading complex and engaging texts is key to inspiring young learners’ interest in Modern Foreign Languages.” When students read high-quality, challenging literature, their foreign language abilities improve, and they develop a greater interest in the language and its culture. Language instruction that aims solely to prepare students for language proficiency in the workforce can overlook the cultural and literary traditions associated with a language and may not prepare those students for cultural competency.

Furthermore, studying literature in another language can provide a strong foundation for the use of that language in business. According to a study in the Journal of International Education Studies, reading literature helps students contextualize a language better and advance in applications of reading, writing, speaking, and listening: “While referential language tends to communicate at only one level and is informational, representational language of literature considers the students and involves their feelings and perceptions of the real world.” Thus, it is important for schools to continue teaching literature and culture so that their students can later apply that linguistic and cultural understanding to the business world.

As a broader goal, ACTFL argues for greater overall emphasis on foreign language education in the United States: “In an era when STEM curricula are overshadowing all other subject areas, foreign language may often be treated as a competing discipline. Instead, it needs to be recognized as a complementary and often interdependent skill that produces the globally competent workforce employers are seeking.”